Kernel Quote:
Sorry I could not find a relevant kernel quote this week.

Contest For “Wheezy Artwork Announced By the Debian Project

A new artwork contest for Debian version 7.0, code-named “Wheezy”, has been announced by the project. They are looking for several different graphics and other artwork that will set the tone for the new release. These include Boot Screen Images, Installer Images, and Desktop Wallpaper. You do not need to have a complete set of images done to submit them for review. If an incomplete submission is selected they will ask the artist to then submit any missing works. Current submissions are available to review on the DebianArt/Themes page(http://wiki.debian.org/DebianArt/Themes). A complete list of the rules and requirements for the contest can be found on the “Artwork For Wheezy” wiki page (http://wiki.debian.org/DebianDesktop/Artwork/Wheezy). Good luck all you graphic artists out there.

Debian Has A Street Value Of $19.1 Billion

Changes to CUPS 1.6, the current development version, are going to have a large impact on the Linux community. The standard for open source printing has been maintained by Apple since 2007. Till Kamppeter announced these changes on the printing-architecture mailing list. Tim Waugh, of Red Hat and the developer of system-config-printer, announced on the Fedora Project mailing list that those orphaned features will continue to be maintained at OpenPrinting as a separate project. These features that are deemed by Apple as “not much interesting” to Mac OS X are used in most Linux distributions.

A major change will be the removal of “CUPS Browsing”. CUPS servers have always used port 631 to broadcast thier available queues. However CUPS in Mac OS X uses DNS-SD, a DNS based Service Discovery, to perform this function. CUPS also doen’t yet play well with Avahi which most Linux systems use for zeroconf. Waugh has submitted patches to correct this and goes on to say this:

“In the future, automatic CUPS queue discovery will require Avahi to be running on both the server and the clients. Operation without Avahi is possible, but it won’t allow CUPS to detect printer queues automatically.”

Several filters are also going to be dropped from CUPS. Waugh and Kamppeter have made statements that these will continue to be maintained as a separate package called “cups-filters” by the OpenPrinting project. Several developers have expressed a desire to fork the project. It was decided by consensus to not under take that at this time, but did not rule it out for the future.

After the release of Linux Mint 12 the feedback said that MATE and MGSE where not really meeting the wants and needs of those looking for something Gnome 2 like. So the in response to this the Mint team decided to continue support for MATE and also develop a new desktop called Cinnamon.

This is what Clem had to say on the Linux Mint Blog in response to this question:

“Can you clarify that MGSE will NOT feature on Linux Mint Debian Update Pack 4 or Mint 13 LTS please as I feel this is of some importance to the Mint userbase. Seeing as you are making very positive progress with Cinnamon in providing the traditional Mint Desktop I find it puzzling you are to continue wasting time on MATE as it will never be true Gnome 2.”

“It would make no sense to ignore MATE. The fact that other major distributions are making that mistake doesn’t change the fact that it’s the closest thing to GNOME 2 and that GNOME 2 is by far the most popular Linux desktop. Whether it’s Shell, Cinnamon, Unity, none of these new desktops have come close to being as popular yet. It would be foolish to bet on one of them and to think that everybody out there is just going to agree with our choice. Whether it’s a matter of taste, of compatibility, of coherence, comfort, familiarity or even just the fact that some people don’t want to do without Compiz or don’t want their desktop to be accelerated… it’s pretty clear to me MATE will have a significant audience. I personally think both Cinnamon and MATE will outgrow all other DEs in popularity, and together they could represent a selection of quality alternatives that can please most GNOME 2 users out there by the time Mint 13 comes out. As for MGSE, I can clarify, it won’t be maintained in the future.”

I wholeheartedly agree with this approach. Even though I think Cinnamon is the cats pajamas the reality is that it won’t run on everybody’s hardware. Then there are those who just do not want an accelerated desktop. I was in the non-accelerated camp myself until I tried Cinnamon and now you could not pry it away from me.

Chinese hacker have been inside Nortel Networks deepest reaches since the year 2000. They accomplished this feat with seven stolen passwords that included then CEO John Roth. Brian Shields, a senior manager for Nortel who led the investigation, said they “had access to everything”. “They had plenty of time,” said Shields, “All they had to do was figure out what they wanted.” The attackers have not been individually identified but the infiltration leads back to IP addresses in Shanghai. The hack was initially discovered in 2004 when a high rankling manager was asked why he downloaded certain documents. When it was shown that the manager was as surprised by the download as investigators they realized they had been breached. The extent of there initial response was to just change the seven stolen passwords. They later discovered that spyware had been so deeply embedded on employees systems that the passwords where just the tip of the infiltration. Nortel started selling themselves off in 2009 as part of a bankruptcy filling. Those purchasers better beware as they may have gotten more than they bargained for. If they bought infected IP then they also probably the rootkit right along with it.

A NEW `LOCALLY INTEGRATED MENUBAR` MIGHT LAND IN UBUNTU 12.04

Using the current code, locally integrated menubar is disabled by default, but it can be enabled via Dconf-editor (com > canonical > indicator > appmenu > menu-mode: locally-integrated). 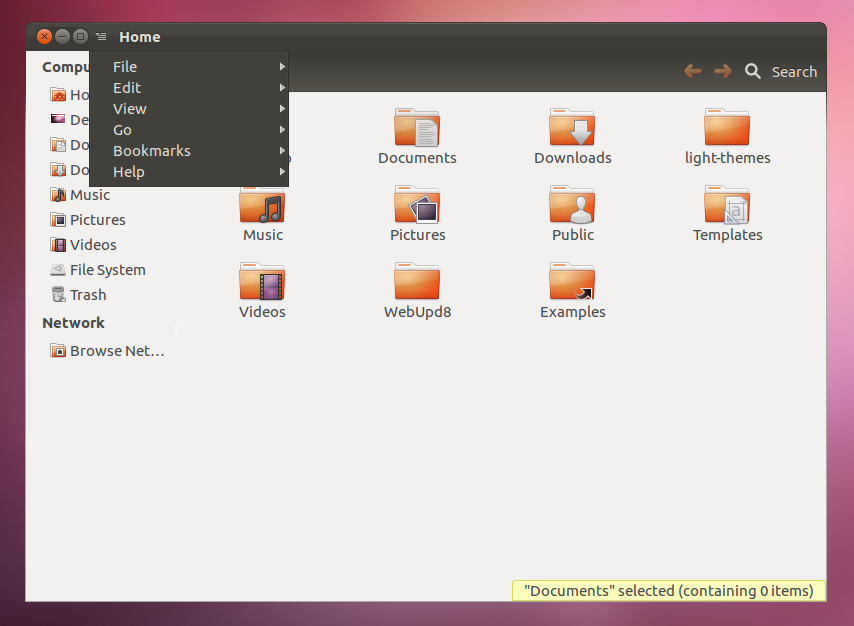 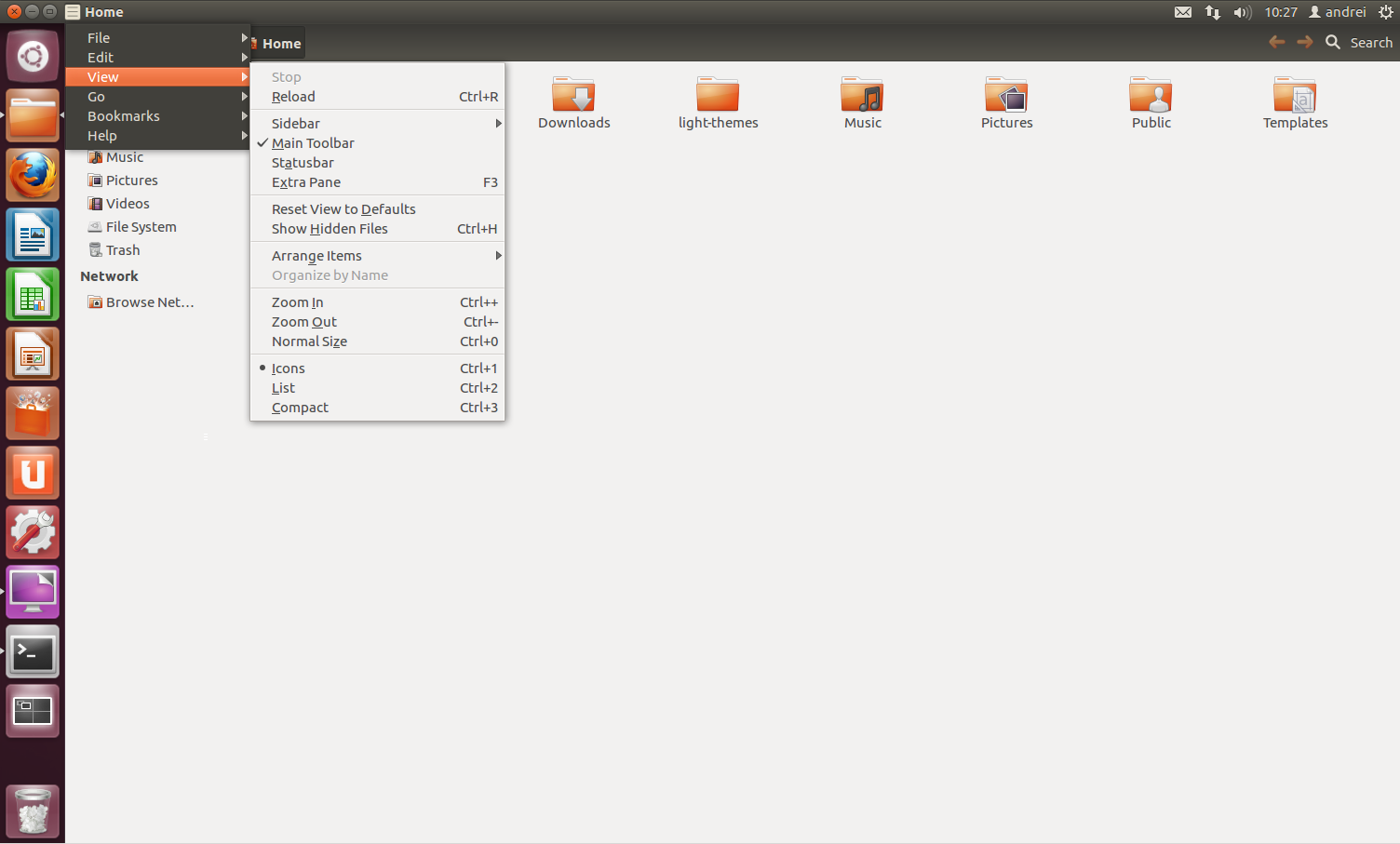